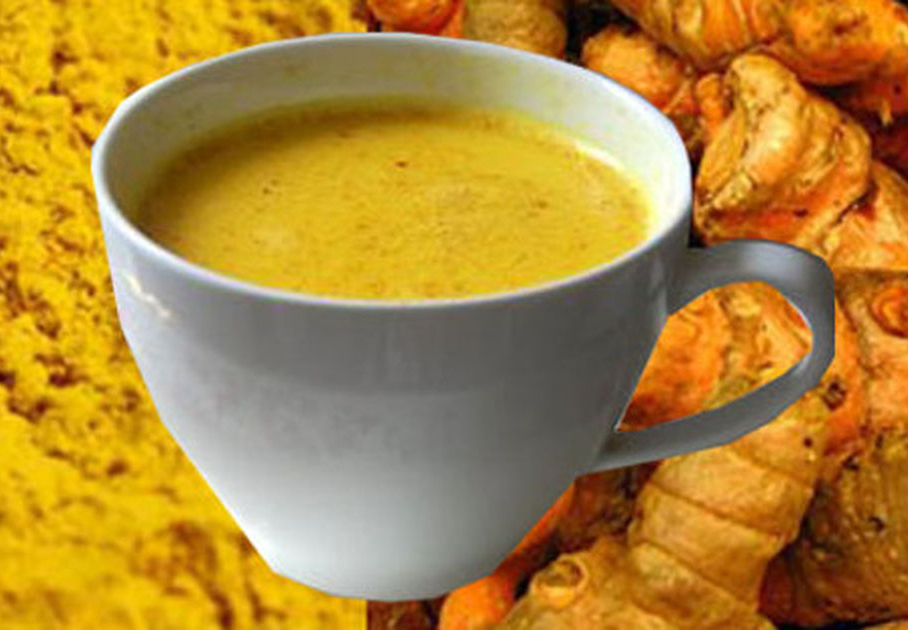 The healthful properties of turmeric and ginger are just now beginning to emerge in the West.

Asian cultures have used these herbs for millennia, not only for their flavor but for their medicinal power.

Everyone likes a warm drink on a cold day.

Rather than imbibing on a cup of sugar or caffeine, you can enjoy something that will not only give you that warm, fuzzy feeling but will help your body as well.

Savory Flavor with an Impressive Impact

The rhizomes of turmeric and ginger are used in cooking and teas and as supplements. Turmeric is known for its deep yellow color and is what makes golden milk golden.

A common herb used in curry, turmeric has a little bite to its otherwise rich, metallic taste. The curcumin in turmeric has been shown to reduce blood pressure [1], perform better than Prozac at treating depression, and protect the body from various toxins. It also is an anti-inflammatory and antioxidant. Sounds very much like a superfood.

Ginger could be referred to as a super herb. Whether used to aid digestion, as a detoxifier or to fight cancer, ginger also has a flavor kick that adds depth.

Raw ginger is carried by most large markets and will keep for a long time if kept cool and dry. Fresh turmeric is more difficult to find but health and Asian markets carry it, more so in the winter months. Either in its powdered form is a viable second choice.

Honey is a superfood whose benefits for human health are too numerous to list here. With antioxidant and antibacterial properties, it is used in this recipe because it is a healthy sweetener.

Food is all about chemistry: individual ingredients interacting and combining to form different compounds. Given the nutritive factors of turmeric, ginger, coconut oil, honey, and milk, when combined their impacts expand:

When turmeric and ginger are mixed with coconut oil, they become more readily absorbed by the body (one of the important features of healthy saturated fats). Combined with piperine found in black pepper, absorption of the curcumin in turmeric is increased exponentially.

All that being said, here is a recipe for a delicious drink that will warm and nourish your body.

Directions:
Cook all ingredients together in a small saucepan over medium heat. Stir well until the mixture thickens—it doesn’t take long. When a paste has formed, remove from heat and allow to cool.

Ingredients:
1 cup milk (almond, coconut, or organic cow’s milk)
1 teaspoon raw organic coconut oil
¼ teaspoon turmeric paste (or more, to taste)
Honey, to taste (unpasteurized and local, if you can get it)

Directions:
Combine all ingredients except honey in a small saucepan. Cook on medium heat, stirring constantly. When completely blended and hot (but not boiling), remove from heat and add honey to taste, stirring until dissolved.